sri lanka's railway construction originated in the 1860s and no new railway has been built since the last one was completed in 1928. the southern railway which borders the indian ocean coastline, connects matara and beliatta in southern sri lanka, it not only promotes the national economic development of sri lanka, but also realizes the century dream of sri lankan people about modern railway. 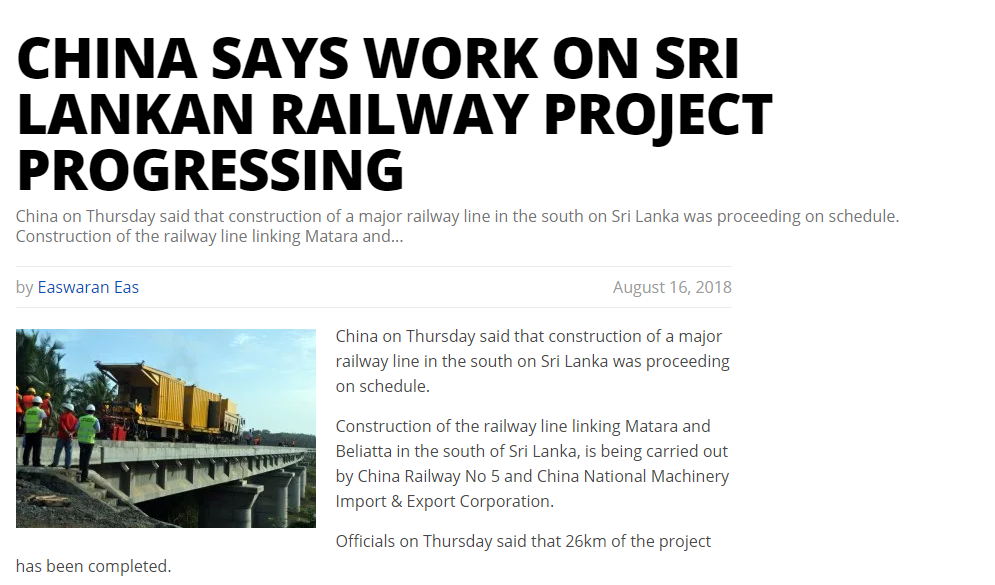